The Dangers of Exposure to Lead Paint in Old Houses 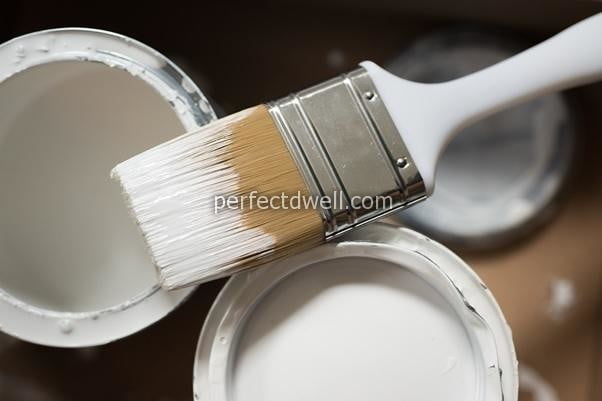 Contents hide
1 Why Lead Paint in Old Houses Are Bad For Health
2 Risk to Children
3 Risk to Adults
4 Is Lead Only Found in Paint?
5 Some Good News

Why Lead Paint in Old Houses Are Bad For Health

Living with lead paint is a health hazard and this has been known for a while. However, if a home was built before 1978, there is a very high risk that it contains a certain level of lead. This is something you’ll need to watch out for whether you are thinking of buying an old home, are currently living in one, or want to make renovations. Let’s take a look at some of the dangers of exposure to lead paint in old houses.

The one group that is the most vulnerable to lead paint exposure and poisoning is children. Young children are more likely to chew on paint-covered surfaces or put their hands on the walls. Exposure to lead has been linked with developmental issues and learning difficulties. Lead is especially dangerous to children who are growing since it may affect their brain composition, which can affect their ability to learn later on. Note that they don’t need to be exposed to lead in large quantities to feel the harmful effects; even small amounts can lead to issues. Some other signs of lead poisoning in children include abdominal pain, irritability, and bowel issues.

Know that adults are also at risk of developing lead poisoning. The symptoms in adults are slightly different since they’re not in their development stage. However, people who have been exposed to lead for long periods have reported things such as high blood pressure, headaches, abdominal pain, and a variety of other symptoms.

READ MORE  Could Your Home Use AF Renovation?

Adults who suffer from lead poisoning are often exposed to lead through their work, such as contractors, for instance. This is why they need to get certified to work on houses that were built before 1978. If you are in this business and wanted to know more about what you can do to be certified, we would suggest you check out zotapro.com.

Is Lead Only Found in Paint?

No, it isn’t. Lead was a commonly used metal in construction for many years. Lead can still be found in pipes on older homes and can leach into your drinking water. The EPA mandates that pipes are tested regularly for lead exposure and lead has been outlawed in plumbing since 1986. However, lead pipes are still present in many homes in the country and replacement is not mandatory. In this case, the only solution is to have the water tested. If it tests positive for exposure, then you will have to consider using water filtration.

Know, however, that lead paint doesn’t have to be completely removed from a home. Lead paint is largely harmless when left undisturbed, which is why many abatement techniques can be used to reduce and virtually eliminate the risk of lead paint.

Lead paint, and lead in general, is something that everyone living in or thinking of buying an old house should be aware of. Do your research, and make sure to have the house tested if it’s older.

What You Need To Know About Rental Property Before Investing

Real estate is one of the most lucrative businesses that is guaranteed to generate passive...
Continue reading

Experiencing Drainage Issues? Here’s Why You Need To Hire A Professional Plumbing Company

Are you experiencing drainage issues in your home? Don't worry! Clogged toilets and drains are...
Continue reading

How To Prepare For A Residential Roof Replacement

Getting a new roof is exciting. However, don't be surprised if you or an unauthorized person...
Continue reading